This Lemon and Herb Spaghetti Squash with Roasted Shrimp is a lighter taken on shrimp scampi that is quick and easy, healthy and full of so much flavor! 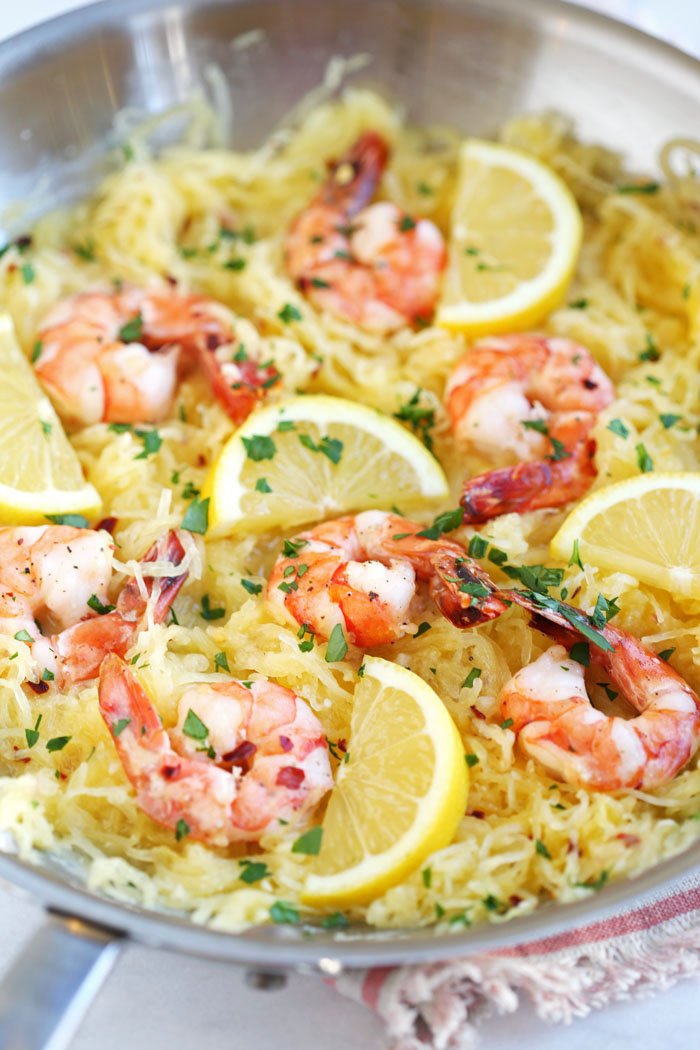 One of my favorite pasta dishes to order is shrimp scampi so I thought it’d be fun to make something similar using spaghetti squash!  I’m absolutely obsessed with this veggie because after roasting it in the oven, you can easily shred it with a fork and you basically end up with a big bowl of pasta.  Spaghetti squash is also super versatile because there isn’t much flavor so pairing with different sauces and herbs really turns out delicious!

I’ve shared spaghetti squash recipes before on my blog like these spaghetti squash boats and this cheesy casserole, but this one was definitely the easiest!  While the squash is roasting you can make your sauce on the stove and saute the shrimp.  Then just throw everything together and boom you’re done!  I mean I don’t know about you, but I just don’t have a lot of time in the evenings to spend time in the kitchen cooking (yes I actually have a full-time job on top of blogging) so finding simple, quick healthy recipes is crucial and currently I’m loving this one! 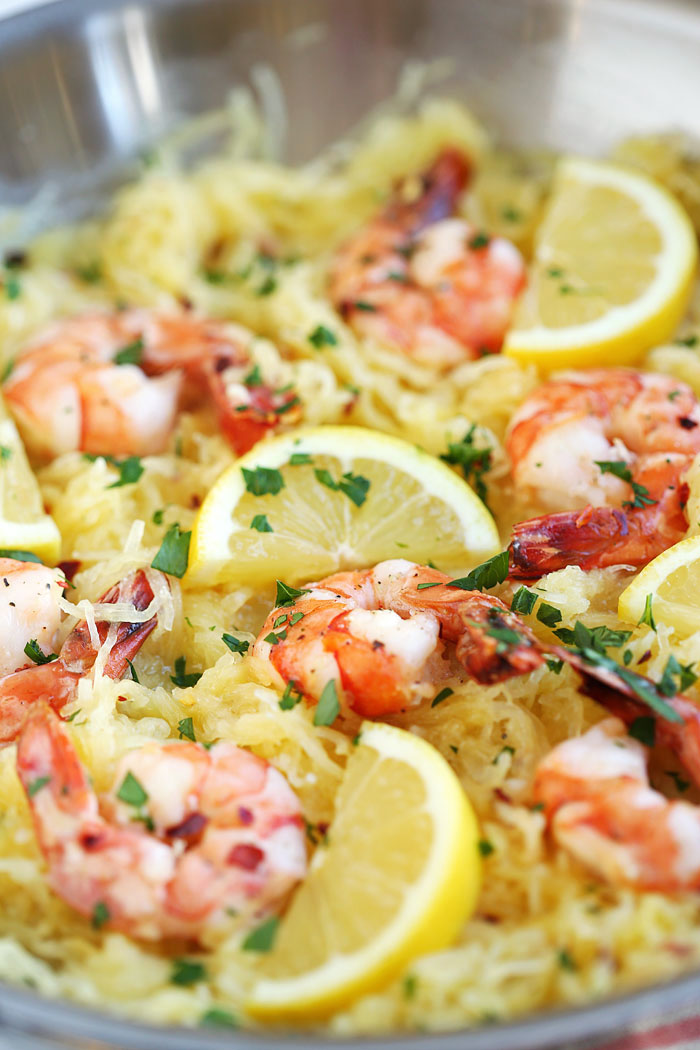 To make this dish creamier, I added Greek yogurt and a little Dijon mustard which added a nice flavor and some zing.  One thing I want to note is that when making a sauce with Greek yogurt, it’s important that you remove the skillet from the heat before mixing together with the yogurt.  If the sauce is piping hot then the yogurt will just separate and who wants clumps of yogurt in their sauce??  Yeah no one.  Taking it off the heat and whisking vigorously helps make the sauce super creamy which is what we’re going for.  Don’t have Greek yogurt on hand?  Throw in some half and half and that should do the trick too!

Another thing I’d like to mention, just like with zucchini noodles, I like to drain excess water from spaghetti squash as well so it doesn’t get too mushy.  Just put the squash into a colander in your sink after you shred it and lightly press on it with a paper towel.  Not only will the paper towel soak up excess water, but it will drain out the bottom as well.  Then throw the spaghetti squash into the skillet with the sauce and toss to combine!