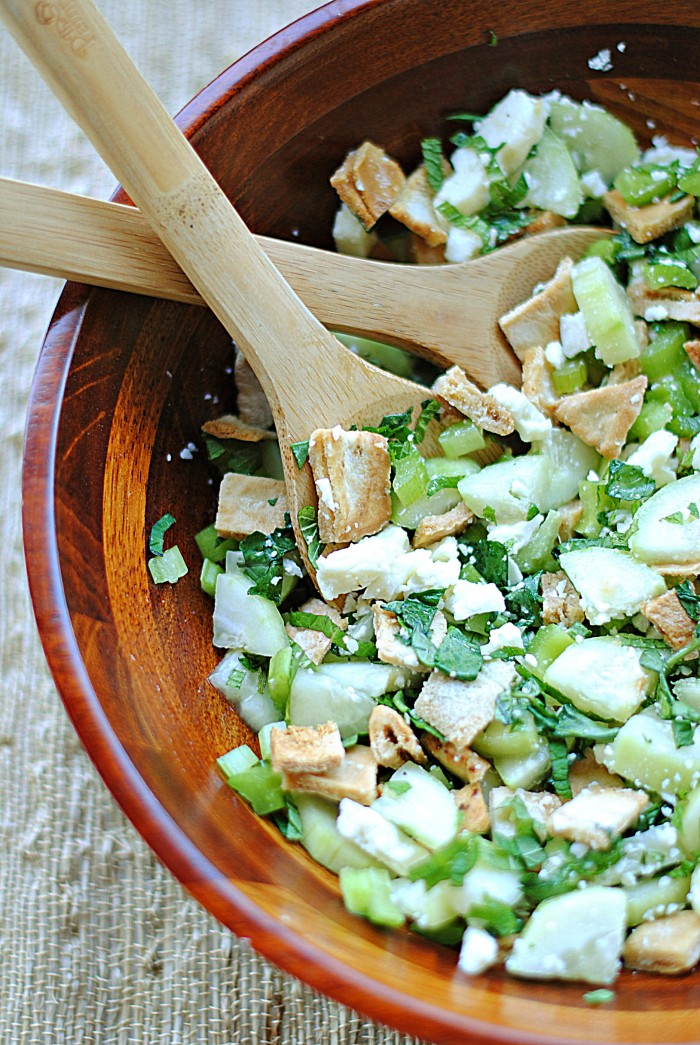 Ok so I love a good salad.  Usually I’m pretty picky and very simple.  But how can you deny pita, mint and cucumber??

Oh and did I mention crumbled feta cheese??  That’s right folks, Trader Joe’s style.  Their light version is almost half the calories and fat with the same great taste!  This salad is absolutely the easiest thing to whip together and will literally feed your entire family…and then some.  I suggest you put the salad together ahead of time, allowing everything to marinate together increasing the flavor and then toss in the mint, watercress and feta cheese right before serving.  Makes for a pretty presentation too, don’t ya think?? 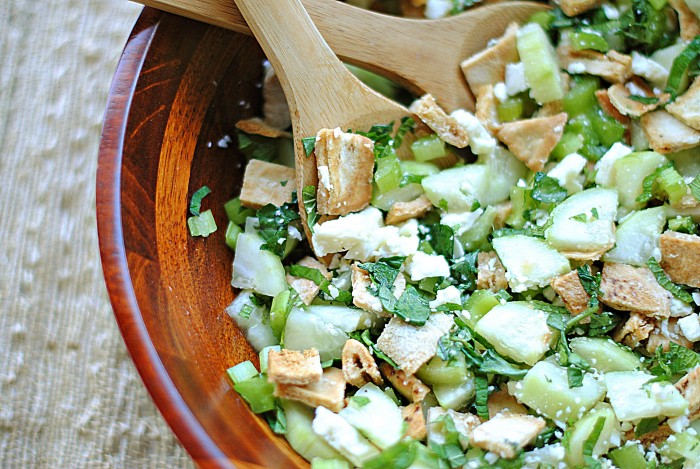 Feel free to throw some romaine lettuce in this dish too!  You really can make this salad all your own, I promise there are no rules.  I’m huge fan of really crisp salads, not ones that go all wilty the second you throw some dressing on them.  And the great thing is the leftovers stay fairly crisp if you want to bring your salad to work the next day!  One suggestion would be to save a few of the baked pita squares and throw them in a baggy to take with you so they don’t get soggy overnight.And at 4 points a serving, go ahead and pile up your plate!