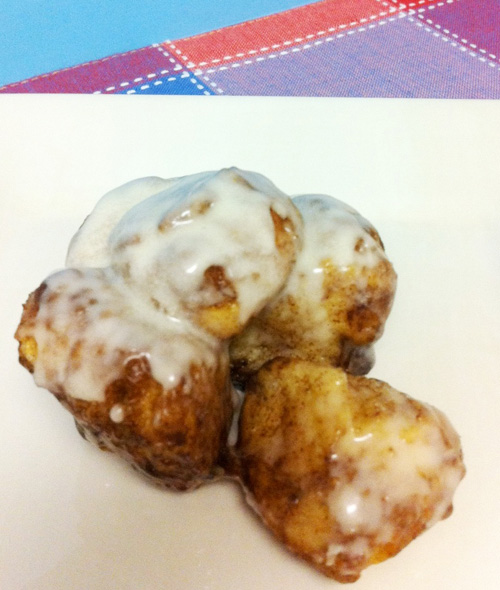 Soooo these cinnamon buns were one of the recipes I made that I hated the way the picture turned out (must. get. my. Canon. soon!), but I decided they were just TOO good not to post.  I made them this past Sunday for a brunch I was having and I apologize as they are not the healthiest thing I’ve made, but sometimes a little indulging is a good thing!  Plus you deserve it after a long week!  (Least that’s my justification….hehe)  I got this recipe from one of my favorite baking blogs Sprinkled With Flour and made it exactly the way she did so I take no credit!  They’re really incredible and everyone enjoyed them!  You could definitely substitute the sugar for Splenda sugar blend, but I wanted to try these the good ol’ fashioned sinful way 🙂  For that reason I decided to leave out the nutritional information since…..well, let’s be real people, it’s not gonna be pretty!  I promise I’ll have some healthy dishes to share this week to make up for these, but just enjoy them!

Breads, Muffins and Scones, Breakfast, Desserts, Other, Recipes
Previous
Next